See the video below for a walkthrough:

To demonstrate the new end-to-end testing features, we’ll use a very basic example app with just a video and a button - see screenshot: 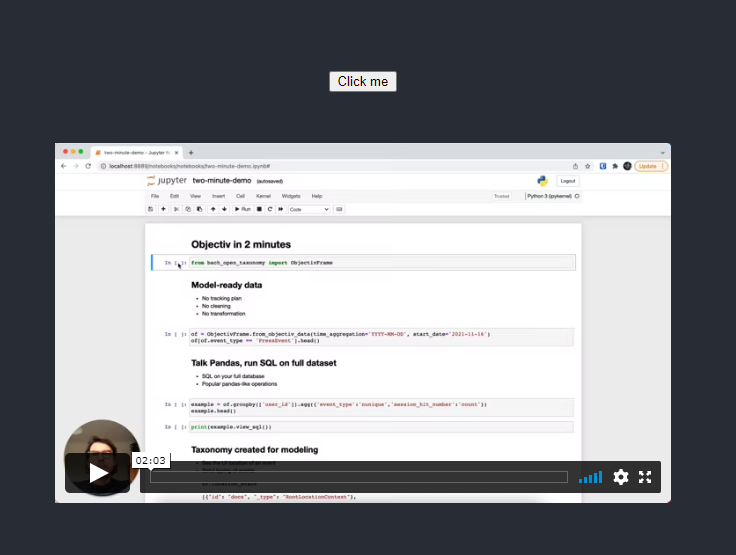 Screenshot: example app with a button and a video

We’ll use the Cypress testing framework, but you can also just use your own.

Let’s say you implement one test which loads the app, and checks whether it tracks two events automatically: the ApplicationLoadedEvent and the MediaLoadedEvent (as the video is loaded async). It runs without a glitch: 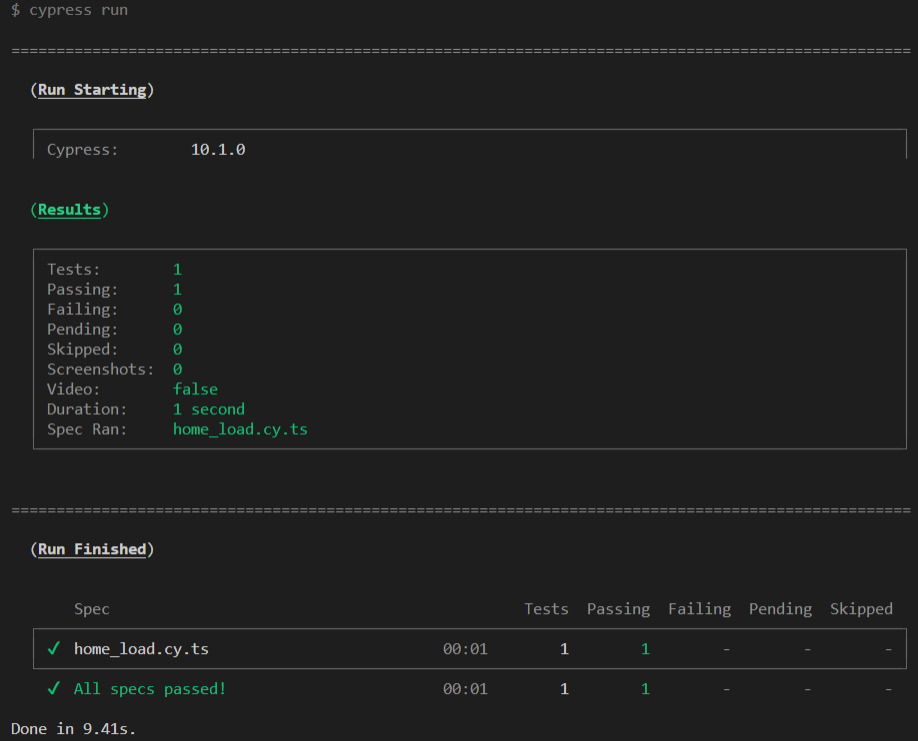 You then develop the app further, and for some reason you remove the tracking call from the video, or even remove the video altogether. Your data team might have models running to track the usage of videos in your app, meaning:

So all in all, this makes for a long feedback loop, involving time from you and your data team. While in the meantime, tracking data and models are compromised.

However, luckily you have your test. If you run the test locally while developing, or in your CI environment, it will fail: 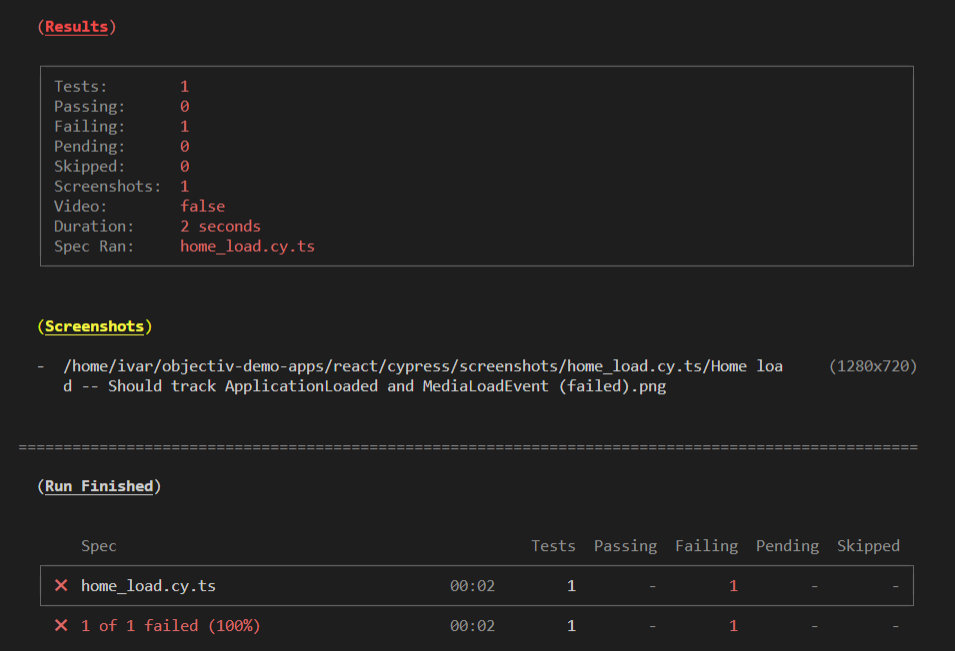 So this way, you’re immediately aware of any tracking regressions, and can solve them before they even end up in your codebase.

How does it work?

You can use any CI framework, but in this example app we use Cypress. Here’s our config:

We disable the user-agent, because it contains the browser & Cypress version, so it would break any time a new version of either comes out. We also disable video recording, as that just slows it down and there’s no need for visuals.

The one test we have intercepts the actual calls to the Vimeo API, as those can be a bit flaky. It then visits the app, waits 1 second for the mocked Vimeo call to complete, and then checks whether the received Events match what we expect:

What we expect is simply captured on the first run of this test, in a snapshot:

It contains an ApplicationLoadedEvent and a MediaLoadedEvent (when the video is loaded async). These are recorded and exposed by the Objectiv SDK, and then captured in this snapshot to test against.

You can run tests locally while developing, and also automatically in your CI environment, like we’ve done here using a GitHub Action:

This Action will run on every push, start the app and run the tests.

Not only regression testing

The Tracking SDK now also exposes any tracking errors. One way to leverage this, is to write tests that load every screen in your app and check those errors, so you can make sure your instrumentation fully passes validation everywhere.

How to get it

The new version of the Tracking SDKs that can be used for end-to-end testing are now available on NPM. To upgrade, follow instructions for your platform.

For more info, check out our documentation with several examples.

As your product changes, so does your tracking. With the new end-to-end testing features in the Objectiv Tracking SDKs, you don’t have to worry about any unexpected data issues ending up downstream with your data team, as you can catch changes before data is even collected.