You can now store your data tracked with Objectiv on Amazon S3, and then build advanced data models with pandas-like syntax in your notebooks, which runs directly on the Amazon Athena query service. All powered by Bach, our SQL abstraction layer.

You also have access to the open model hub, where you can take pre-built models such as user retention off-the-shelf and use them instantly to create BI dashboards, or deploy to tools like dbt. All the models work across data stores. 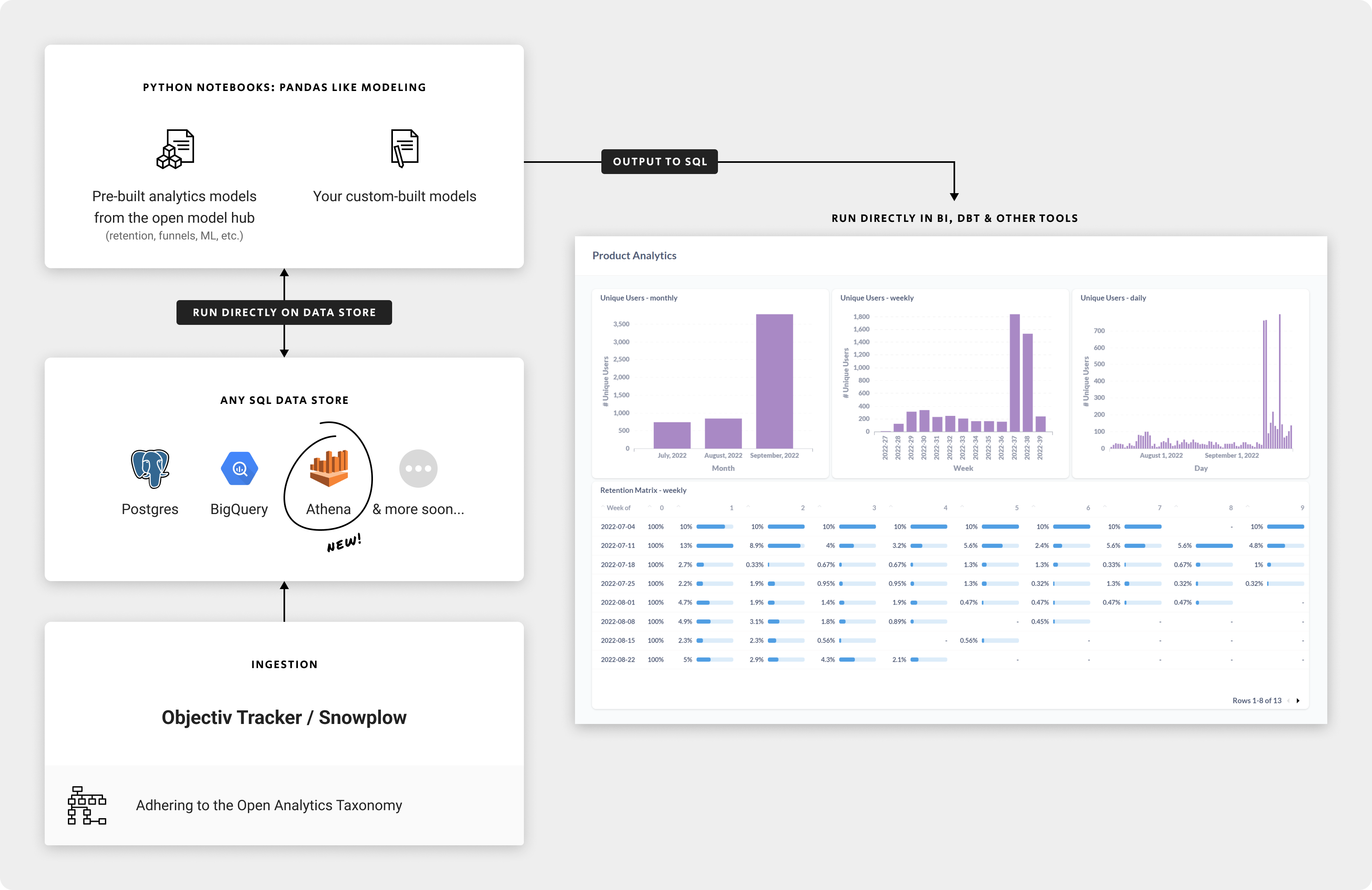 Run data models on any data store with Objectiv, and use the results directly in tools like BI dashboards & dbt

See our Athena documentation for all the details. It takes just a few steps:

One of the models in the open model hub is a retention_matrix, to analyze user retention/churn. Using the modelhub library in your notebook, you can execute the model in one operation, which will translate it to SQL under the hood, and run that directly on Athena: 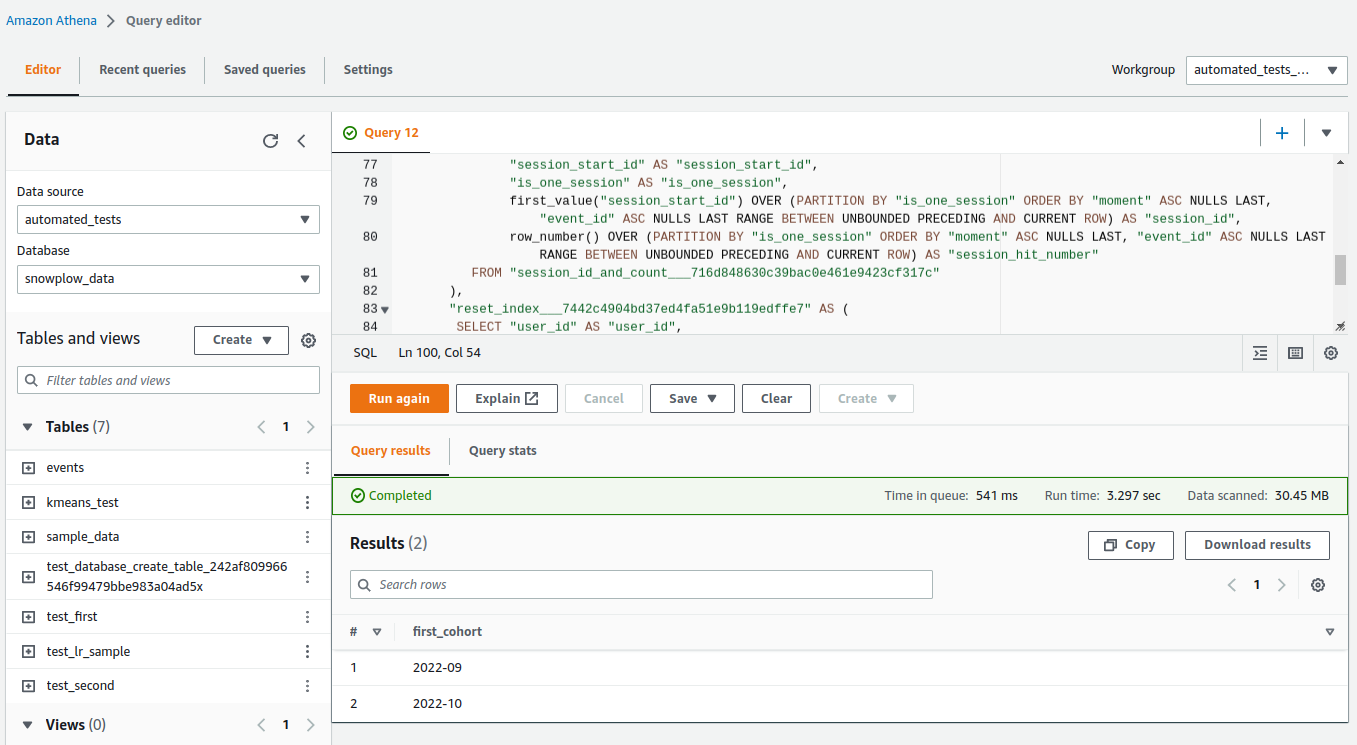 A regular query running in the Athena web interface

Once the query completes, the result is returned and shown in a heatmap in your notebook (or as a DataFrame, if you use parameter display=False): 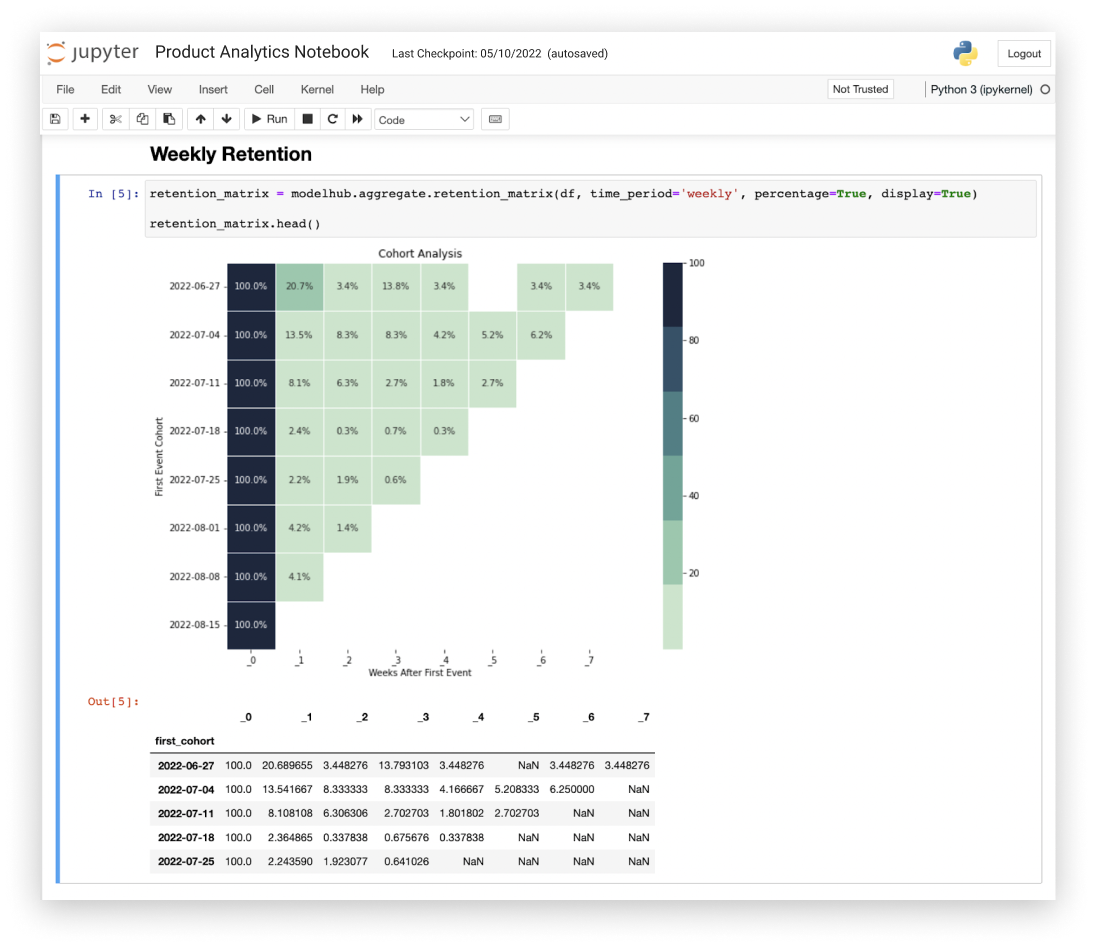 Data model running on Athena, in a Jupyter notebook

Optionally, if you want to reduce data usage or query complexity, you can work with a sample, or temporarily materialize intermediate results.

You can further build out your analysis based on the results of this model, and/or export the resulting SQL at any time, to use in other tools like a BI dashboard. 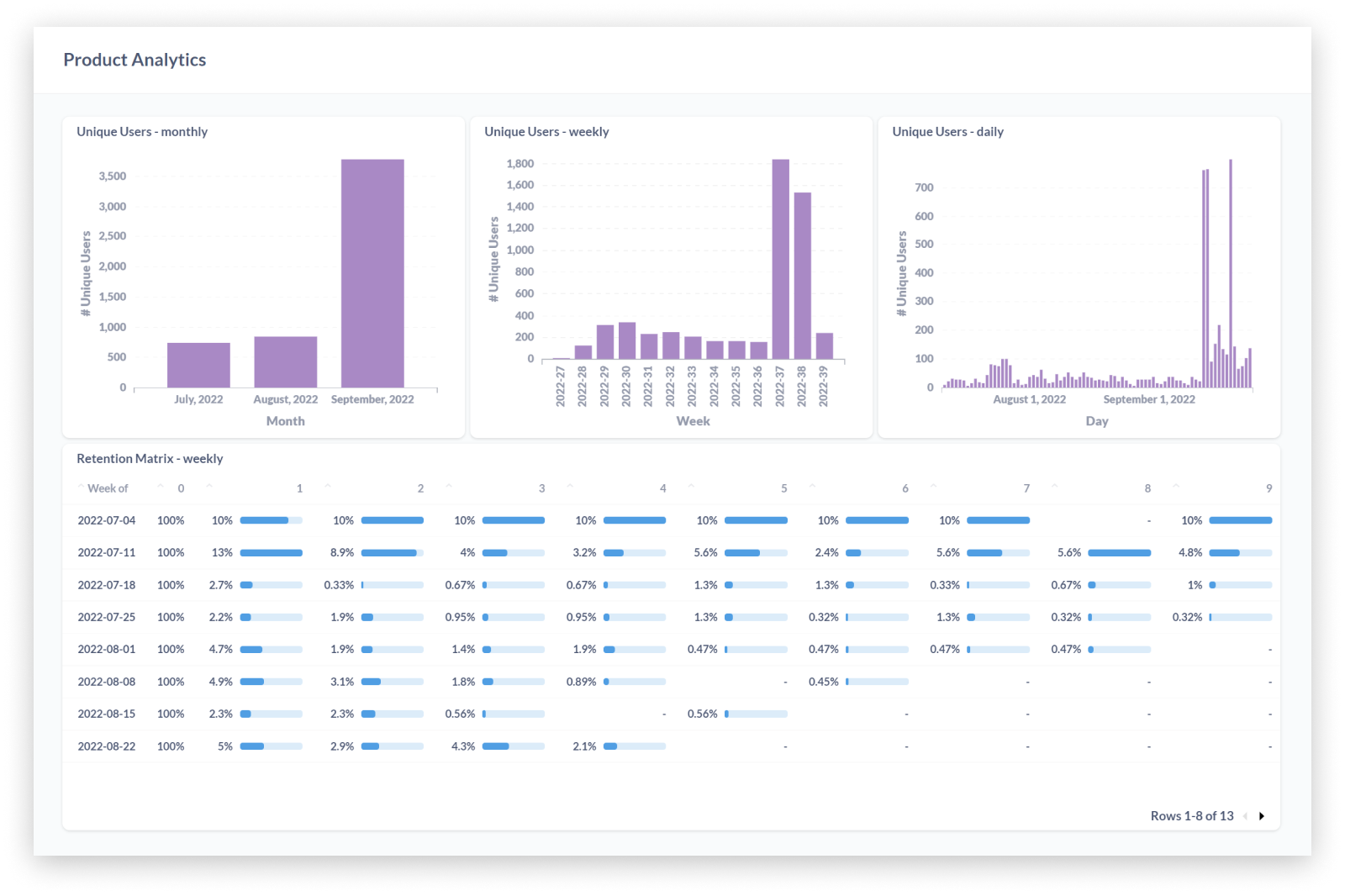 Next to this, we'll make it easy to export (intermediate) modeling results to other tools, such as dbt, including variables. Under the hood, this is supported by the Directed Acyclic Graph (DAG) of SQL operations that the models are made up of.

Under the hood, models built in Objectiv are a DAG of SQL operations   (shown here: a snippet of a retention_matrix model)

Enjoy working with Objectiv on Athena, and let us know if you have any feedback on Slack.