Like any Bach operation, they work on the full SQL dataset.

A few highlights of the features that we’ve added:

An example of the new quantile support: 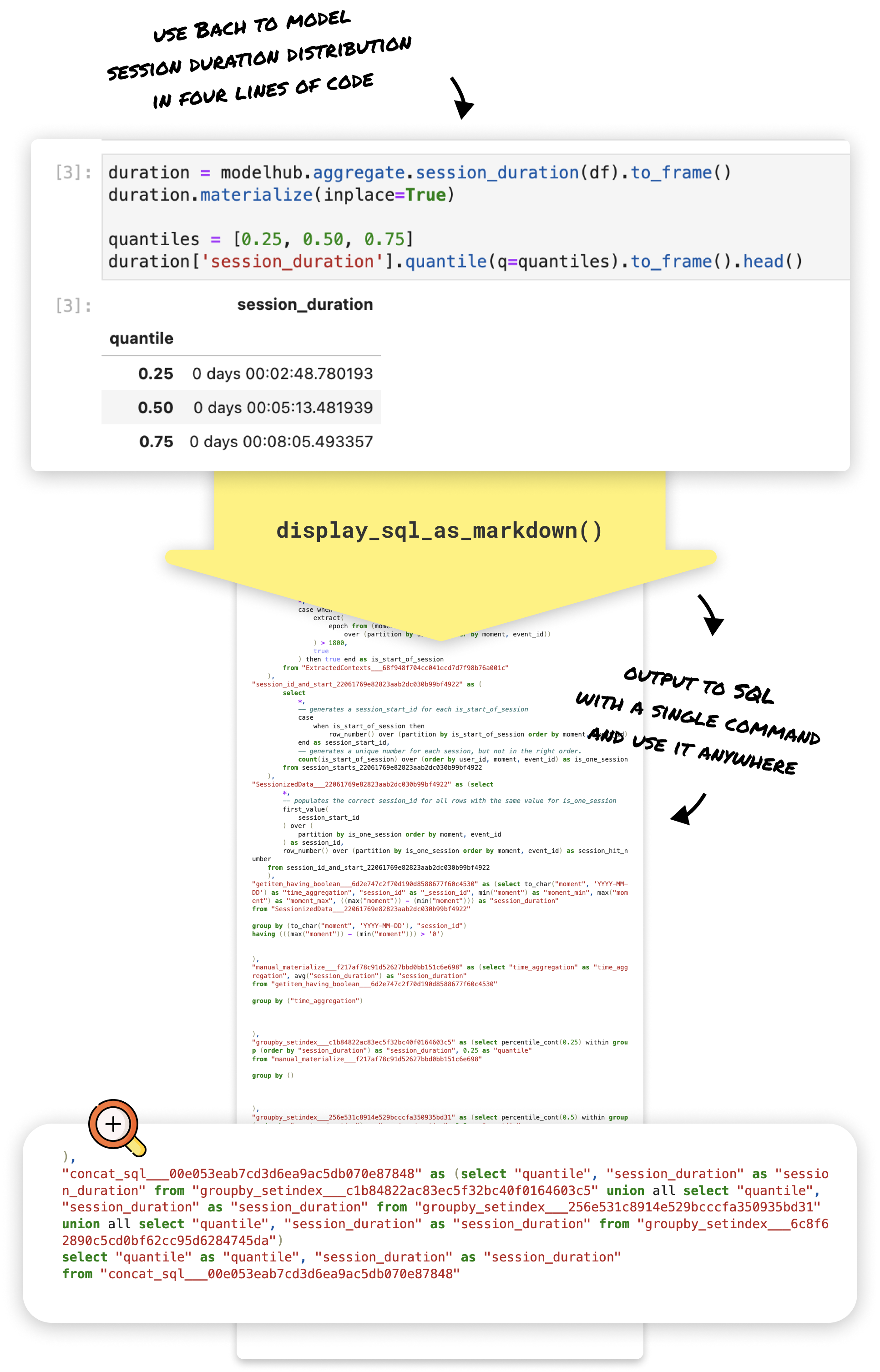 Other features for exploration and modeling that were added: